The final two garments we made for an upcoming 1890s era short film set in rural America were two farmer’s frocks. The creative director wanted these made from burlap. 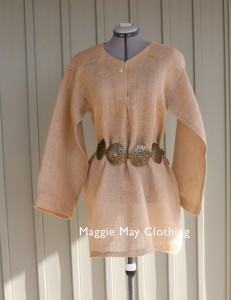 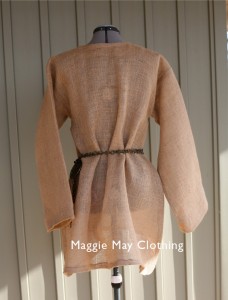 Burlap is made of jute- a course and unrefined fiber. It is most suited for upholstery work and making sacks for dried foods. Historically, burlap was used for religious garb commonly referred to as sack cloth. 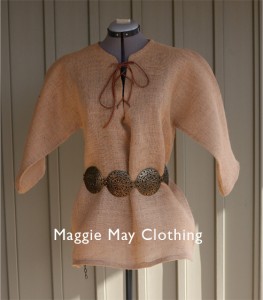 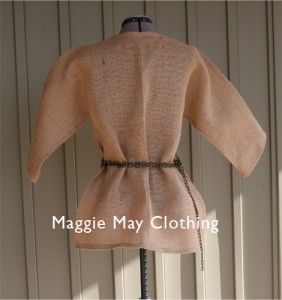 Working with burlap posed a bit of a challenge. Because of the high fray tendencies of the material, I had to cut the smocks in as few pieces as possible. Fortunately, this is typical of period smocks as they were often cut from large rectangles. However, the interior seams had to be either french seamed or serged to eliminate fray and to reinforce stitching. Due to time constraints, I chose to serge the interior seams of these garments. 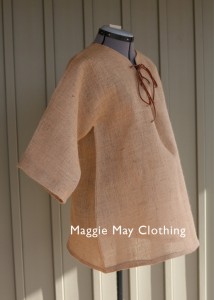 As you can see, burlap has an extremely stiff hand. Notice how the front of this smock stands out no matter how much smoothing and coaxing it gets. It will take some work on the part of the creative director to get these two garments to drape as she sees fit.

Those cool and groovy Victorians!