These two styles of girl’s petticoats were popular during the early to mid 19th century. Our mini corded petticoat is a girl- size version of our women’s corded petticoat and was worn by children from the 1820s through the 1870s. It is made of checked cotton cloth and is meant to replicate the “recycling” of older adult garments into children’s clothing. 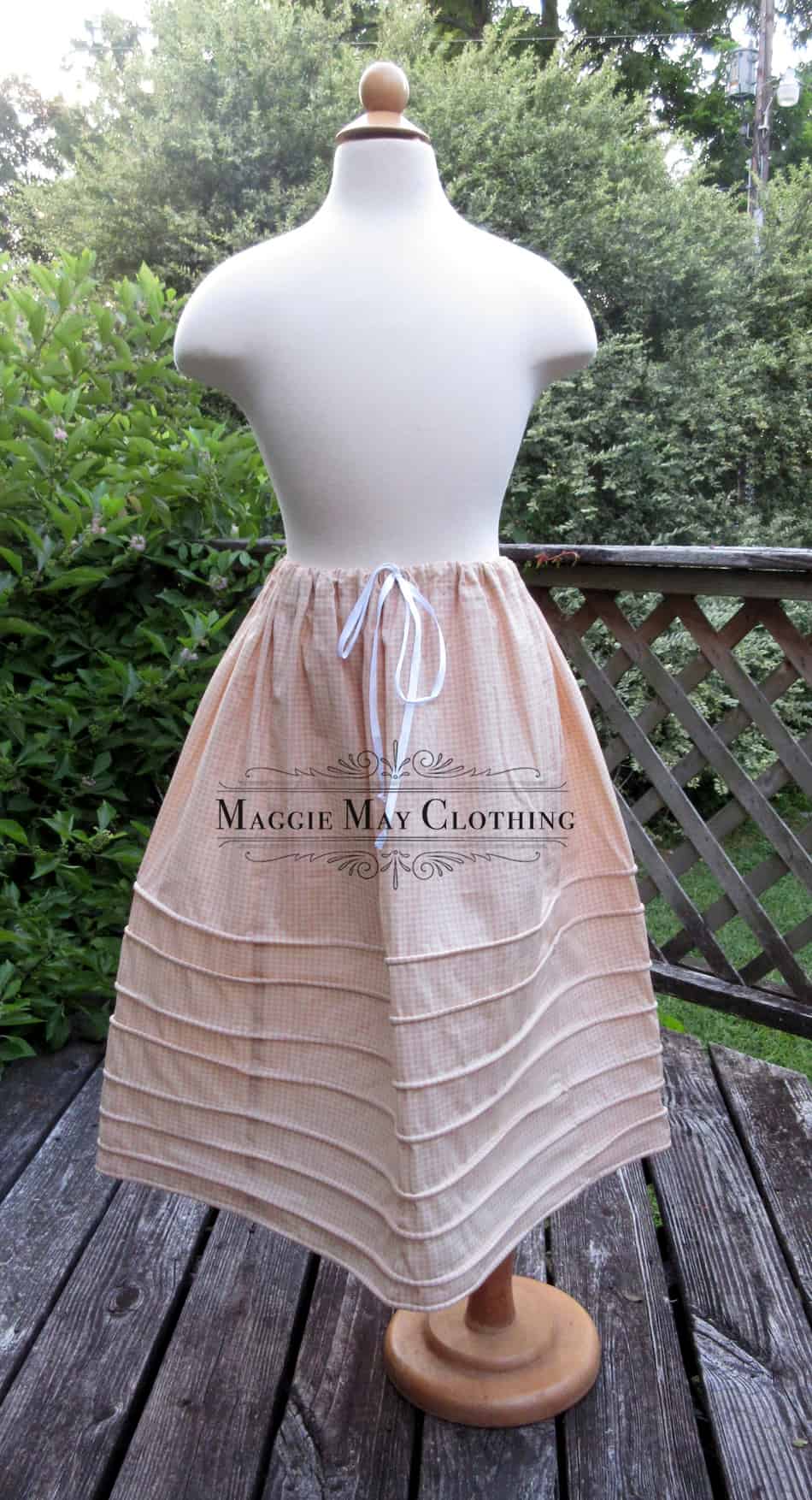 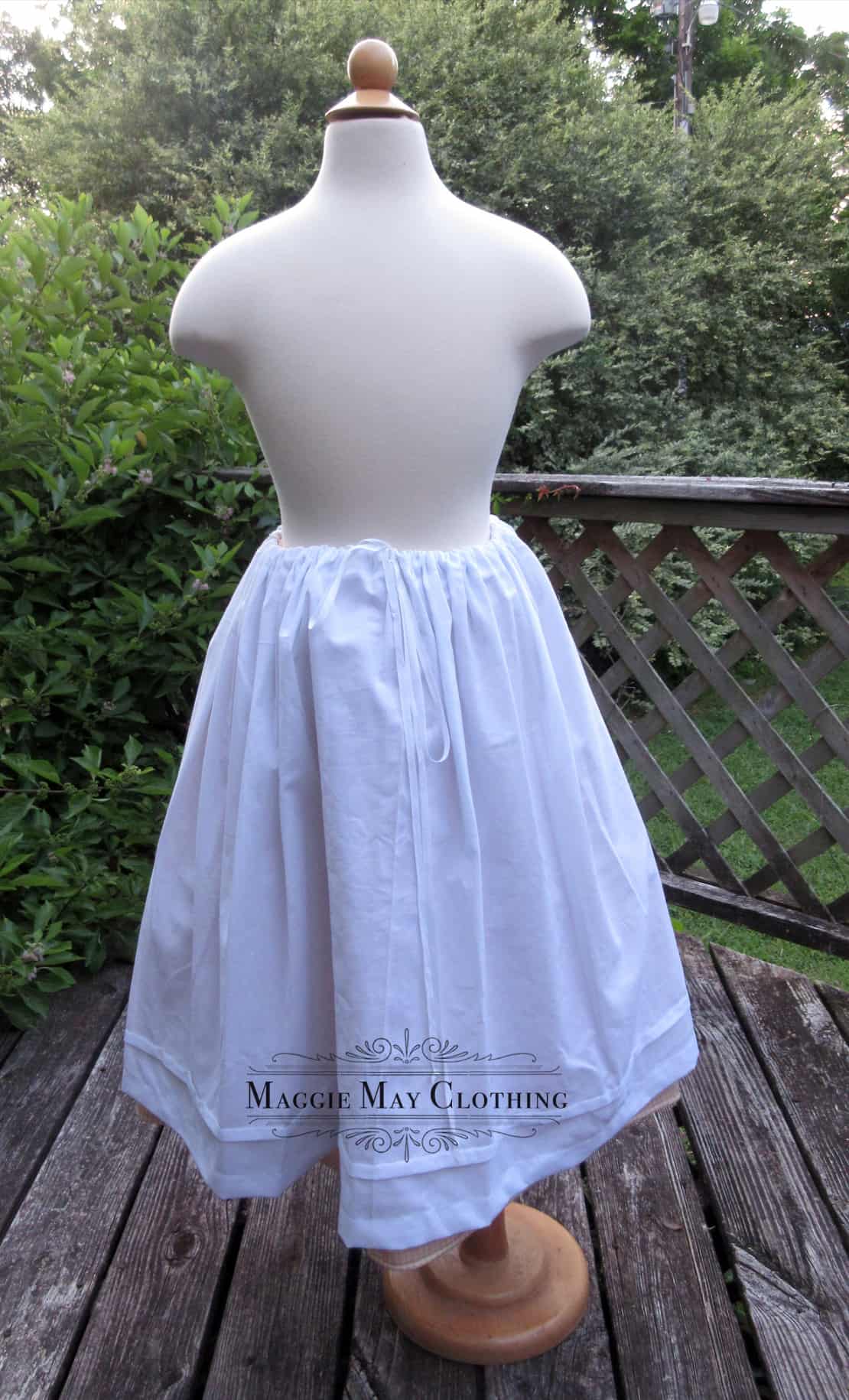 The starched and tucked cotton petticoat is a standard in children’s undergarments and would have been worn from childhood into the teenage years. (Shown layered over the corded petticoat in the 1840s style).

For more information about these petticoats or any of our historical clothing, please visit our website at www.maggiemayfashions.com