We recently completed a mid 19th century gown for an infant boy. People often mistakingly say, “boys wore dresses” during this period. That is incorrect. Both boys and girls did wear gowns during infancy (and there was no gender discrimination in colors); however by the time they reached the later toddler years, boys were dressed in tunics (distinctively shorter) and girl’s wore dresses (knee length and longer.) 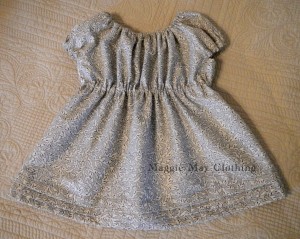 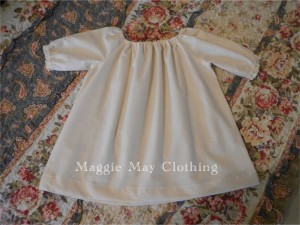