This WWI Era Hello Girl Uniform was meticulously researched for accuracy and authenticity as it was designed for exhibition at Alvin C. York State Park in Tennessee. 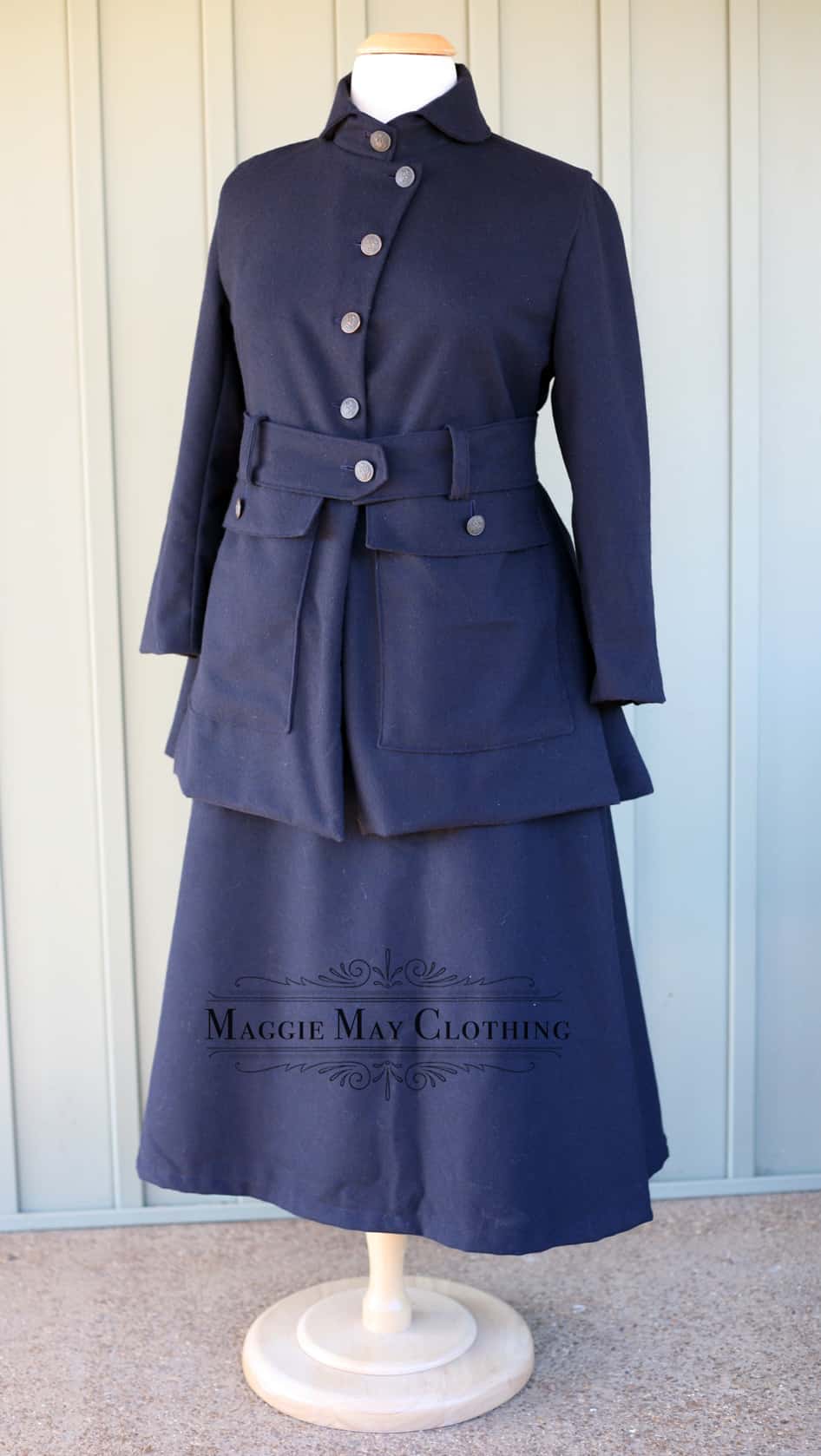 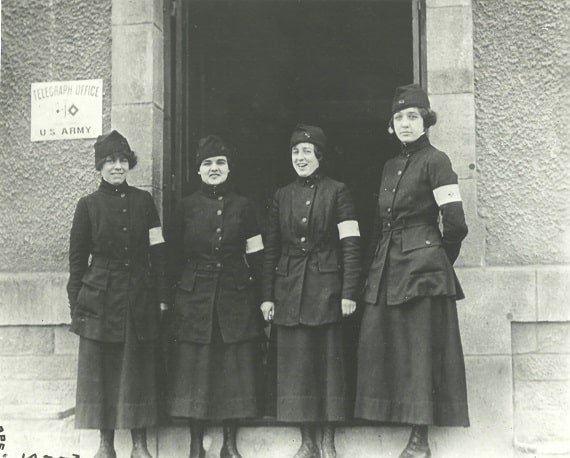 The Hello Girls, also known as the Signal Corps Female Telephone Operators Unit were an auxiliary unit of the US Army during WWI. Experienced, bilingual female telephone operators were recruited by the US Army and sent overseas to aid the failing communication lines of the Allies in wartime France. In 1917, over 7000 US women applied but only 450 were enlisted. This small group of skilled women paved the way for future generations and helped secure the role of women as vital assets in the US military.

Required to purchase their own uniforms, and being paid only $50 per month proved to be a barrier for many women. As they were required to wear their uniforms at all times (even on leave), two uniforms of the same style were devised. Winter uniforms were made of wool and summer uniforms of cotton sateen. However, purchasing two uniforms plus an overcoat, hat, and rank- designating insignias dwindled their measly earnings down to pennies. Therefore it can be surmised that most Hello Girls viewed their positions as patriotic rather than an income generating endeavor. While considered merely contract civilians by the US Army, the Hello Girls instead referred to themselves as the “first women’s combatant unit in the U.S. Army.”

Our replica WWI Hello Girl uniform is made from wool and is cut in the style of the original. The buttons are original eagle buttons as were worn by all WWI era serviceman (and women!). 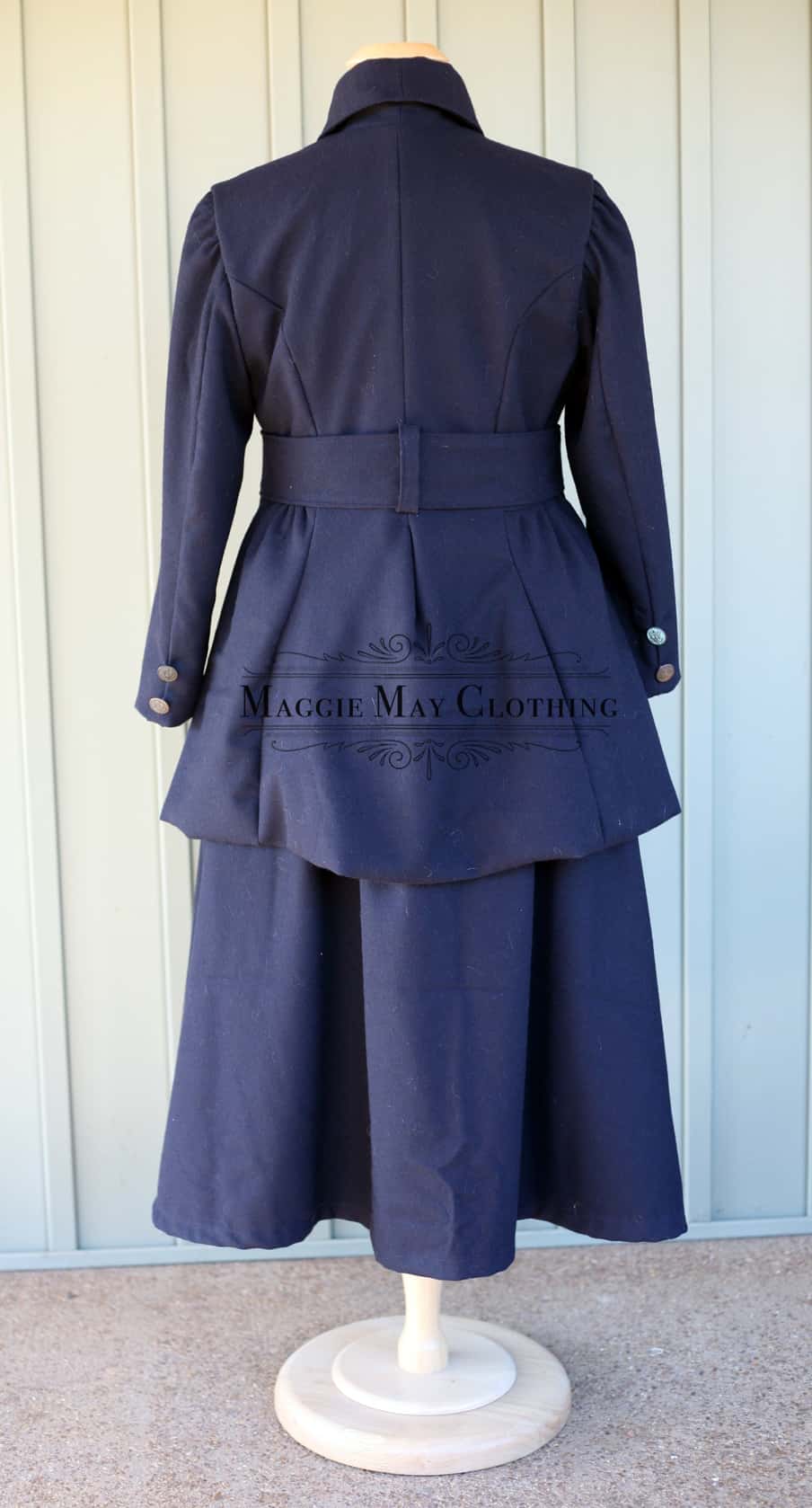 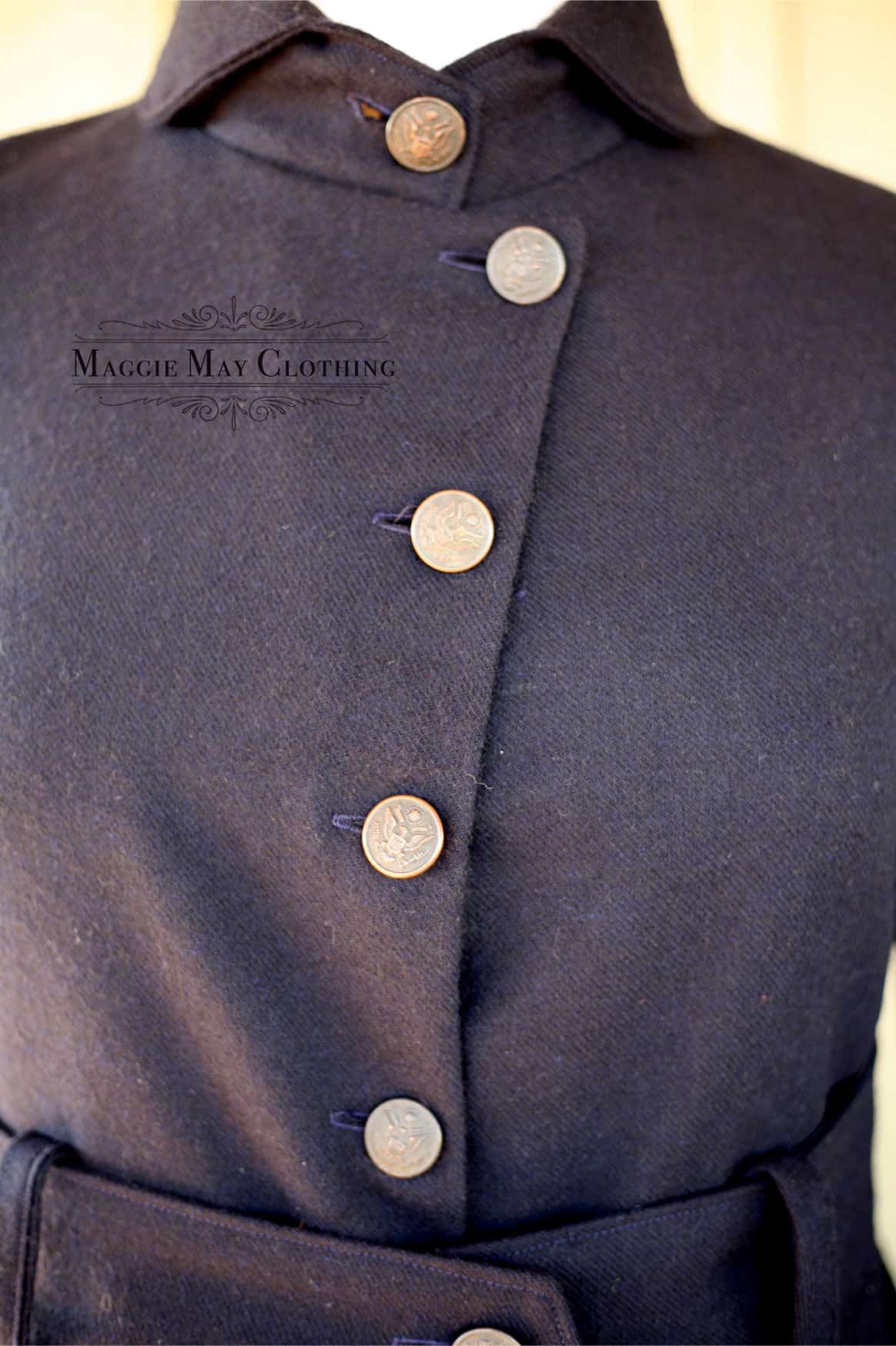 For more information about our WWI Era Hello Girl Uniform or any of our custom designed historical garments, please visit our website at www.maggiemayfashions.com