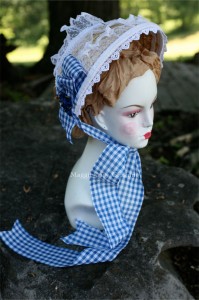 This bonnet style is small, light weight, and fits closer to the head than the full bonnets of the Victorian period. The half bonnet gained popularity during the second half of the 19th century. By the 1880s, the half bonnet had diminished in size to sit just atop the head. 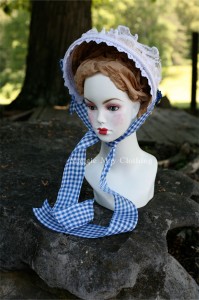 First ever photoshoot- A nod to Tasha Tudor

The most beautiful fairy of them all