We recently completed three garments for a client in Spain who will be traveling to the United States in July to attend the 150th anniversary events for the Battle of Gettysburg! 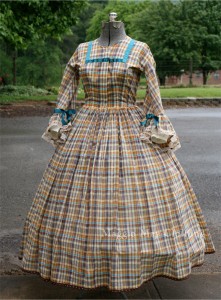 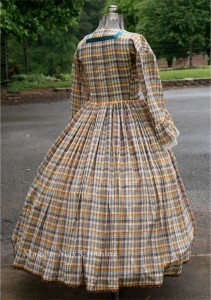 This 1860s era day dress is made of semi sheer cotton with satin ribbon accents. This fabric worked up like a dream! It is so light and airy and the whole dress weighs practically nothing! The gown closes at center front with hook and eyes. The cream colored sheer cotton voile under sleeves are attached for a no fuss gown. This dress is based upon our 1860s era day dress #1863B.

Also included was an early 19th century chemisette with vintage buttons for Napoleonic War reenacting and a cotton corded petticoat. 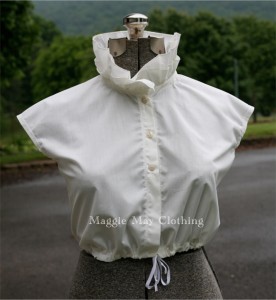 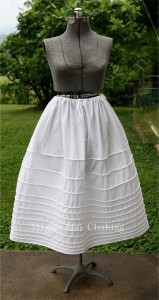 Our Anne Dress in Blue and Red!